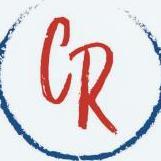 Top Posters In This Topic

Just placed my order with Marine Depot. Don't forget about this great deal for you and the club this Black Friday season.

FIVE FLIPPING THOUSAND?!?!? That’s terrific. Man do we have a spending problem! Sent from my iPhone using Tapatalk

Bump for our new members!